Germantown Avenue: A City in a Single Street

A drive from the beginning to the end of Germantown Avenue takes riders through a complete experience of the city of Philadelphia. Starting underneath the highway by the Delaware River on one side of the city, passing behind the shadow of the newest, trendiest parts of Philadelphia, through some of its toughest neighborhoods, onto the most historic neighborhoods, and ending at the city’s toniest alcove on the other border, Germantown Avenue is the city in a single street. 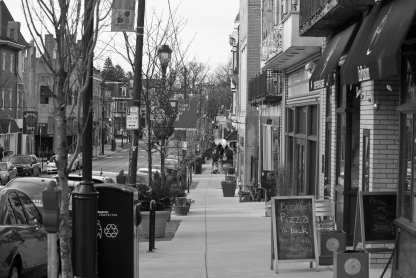